How does openboxes work with a barcode scanner or RFID?

As I mentioned in response to your email, I have started to draft a response to this question. But before I post that response I would like to get a better understanding of the assumptions and perceptions around barcoding.

So I’d like to answer this question with a question …

What do you all expect to be able to do with a barcode/RFID scanner? I know this is a very open-ended question but barcode scanning is simultaneously simple and complex so I don’t want to bias the responses by posing a leading question. So maybe explain your desired use cases / workflows and then we can continue the discussion.

I received an email response from Maria (OP)

On Apr 2, 2021, at 7:07 PM, Maria Williams wrote:
So looks like our current wms software is placed on a barcode scanner which helps with receiving, cycle counts, picking and shipping. Wasn’t sure how openboxes worked in this matter.

On Apr 2, 2021 at 7:34 PM Justin Miranda wrote:
Could you provide more details? What kind of barcode scanner? Is it handheld computer that runs the WMS software in a web browser? Or is the WMS a native app that runs on the scanner? Or are you talking about a USB/Bluetooth scanner that emulates a keyboard on a desktop/laptop?

So at a basic level most barcode scanners are just input device that emulate a keyboard. You plug them in via USB or connect to another device/computer over bluetooth, scan a barcode, the scanner processes the image and pushes the converted data through to the in-focus application on the connected device as though you were typing the data via a keyboard.

This is not much different from a native app on a barcode scanner device (like a Zebra TC20 which seem to be a pretty popular device for warehouses). Except the computer and scanner are on the same device so the integration is seamless which provides for a better user experience.

In fact, if you’re building a native application for a specific handheld computer (like the TC20), you can integrate the app and scanner using the device vendor’s API (i.e. Zebra DataWedge API) to make the flow even better. With that said you can probably mimic most of the same workflows without needing to build a native application. For example, on most of the handheld computers, you can just pull up a web application, put the focus on a specific field, scan your barcode, and go.

So, getting to the point of your original post

How does OpenBoxes work with a barcode scanner …

Most of our UIs were designed for a user sitting at a laptop or desktop workstation, transcribing data from a printed document. As such, we haven’t put much effort into building UIs around warehouse workflows that would benefit from barcode scanning. However, we have several initiatives that are underway. In the video linked below I’ll try to explain how one could use a barcode scanner with OpenBoxes now and how we plan to build UIs / workflows that will be more barcode-oriented in the near future. 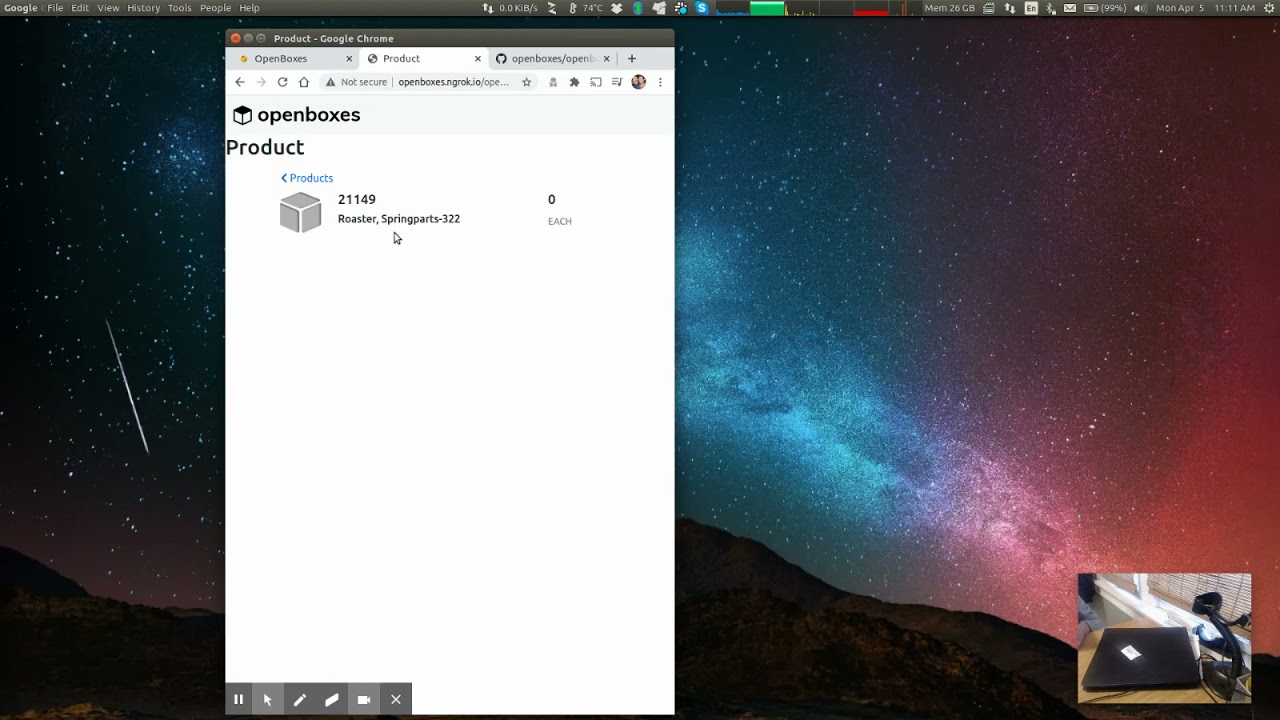